Mine the Gap presents new work by Jacquelyne Boe and David Janesko, Gerardo Rosales, and Holly Veselka, created during their 2019/21 Artist Studio Program residencies at Lawndale. Through disparate mediums and for different ends, the artists collectively harness the quiet yet potent power of abstraction, layering, and transference in their experimentations with expression. The gap between reality and the represented offers fertile ground to mine the fleeting, fragmentary, and fragile. Reducing the legibility of referents limits obvious and immediate readings of the artists’ work, instead encouraging close viewing and a multiplicity of meanings.

Born in Venezuela, Gerardo Rosales is an artist and educator who has been based in Houston, TX for nearly two decades. His recent work focuses on issues of class, race, gender, immigration, and sexuality. Rosales has exhibited widely throughout Latin America; most recently, his work has been exhibited locally at Project Row Houses and The TransArt Foundation for Art and Anthropology. Rosales earned an MA in Fine Art at the Chelsea College of Art and Design in London, and his Bachelor’s in Fine Art at the Armando Reverón Art Institute in Caracas.

Holly Veselka is a conceptual artist with a focus on project-based, research-oriented sculptures, archives, and installations that examine humanity’s relationship with the natural world. She has exhibited her work internationally and received recognitions including her selection as a 2019 Launch Pad Artist by Studio Modo and the city of Austin, a summer artist residency in 2018 at ACRE in Steuben, WI, and being listed on Creative Capital’s On Our Radar in 2016. In the summer of 2019 Holly exhibited at ACRE Projects in Chicago, IL, conducted visual research at the Mammal Research Institute of the Polish Academy of Sciences in the Białowieża Forest, Poland, and participated in the 2nd Annual Digital Naturalism Conference in Gamboa, Panama. Born in Houston, TX, Holly now lives with her family in San Marcos, TX and is an Assistant Professor in the School of Art and Design at Texas State University.

Patricia Restrepo is a curator, writer, and researcher based in Houston, Texas. Fostering exhibitions as laboratories, her curatorial interests include the generative potential latent in archives, museology, and performative work. She is the Assistant Curator and Exhibitions Manager at Contemporary Arts Museum Houston (CAMH), where she has worked for over six years. At CAMH, Restrepo most recently co-curated Slowed and Throwed: Records of the City through Mutated Lenses, an interdisciplinary exhibition orbiting around DJ Screw’s process of material manipulation. She also curated Will Boone: The Highway Hex, which housed all new site-specific work and was the artist’s first solo exhibition, and Stage Environment: You Didn’t Have to Be There, a celebration of CAMH’s long-standing history of championing performance. Restrepo has managed and contributed to the institution’s publication production and orchestrated the digitization of all of CAMH’s catalogues to increase accessibility to the museum’s significant scholarship.

Restrepo has curated exhibitions and performance programming at Alabama Song, Hardy and Nance Studios, Houston Center for Photography, and Northset Residency. She has contributed to publications including Terremoto and Gulf Coast: A Journal of Literature and Fine Arts. Restrepo holds a Master’s degree in Cultural Studies from Katholieke Universiteit Leuven, Belgium and Bachelor’s degrees from Rice University. 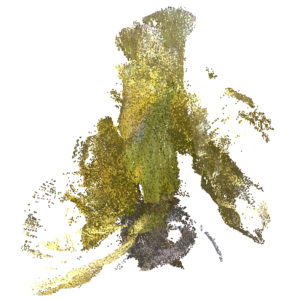